Protocol for Life Balance | Phosphatidyl Serine 100 mg
Protocol for Life Balance with Ginkgo Biloba Extract 24% / 6% Standardized 60 mg
Phosphatidyl Serine is a phospholipid compound derived from soy lecithin that plays an essential role in cell membrane composition and intercellular communication. Phosphatidyl Serine is a major structural component of neural membranes where it assists in the conduction of electrical impulses and facilitates the activity of neurotransmitters involved in learning, memory and mood. Ginkgo biloba is an herbal extract known for its beneficial effect on brain function and has demonstrated powerful antioxidant activity in scientific studies. These properties make Phosphatidyl Serine & Ginkgo biloba an ideal supplement combination for the support of cognitive function.

Suggested Use: As a dietary supplement take 1 softgel 1-3 times daily with or between meals

(No reviews yet) Write a Review 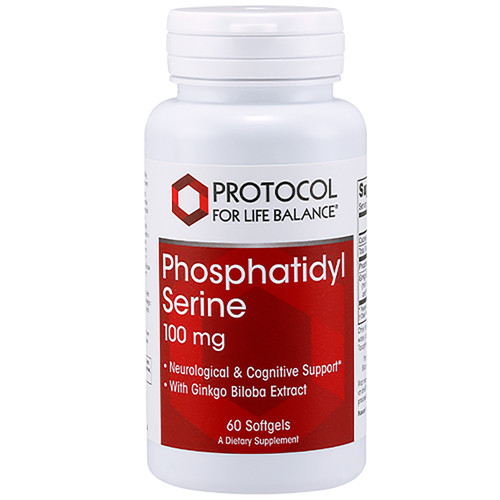