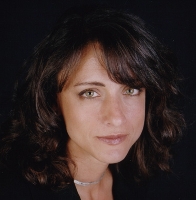 Dr. Corsano, always a very positive and active person, enjoyed working with her patients, spending time with family and friends, worked out in the gym, hiked, rode a motorcycle, and practiced Bikram Yoga on a regular basis.

She sought medical care, and was passed from one specialist to another, who only addressed the symptoms of their specific specialties. None of them addressed the totality of her symptoms, or thought of running a Lyme panel. Eventually as doctors often do when they cannot explain what is causing an illness, they reverted to the old fall back, “it must be psychological” and she was diagnosed with sudden onset panic attacks.

Dr. Corsano never accepted this diagnosis, especially considering the totality of all of her symptoms and her previous zest for life. Frustrated but refusing to give up, she started to research herbal medications, and managed to nurse herself back to health with a change in diet and supplements. This was a long tedious process, which took over a year, however still she never fully felt like herself again. During this time, she continued to see patients on a very limited basis.

Then in July 2011, when she thought she was 'healed' from the events of 2008, she found a tick on her abdomen. All the old symptoms returned along with a rash around the bite. She sought care with a naturopath, who recognizing the telltale rash and associated symptoms and suggested running a Lyme disease panel. The results were not surprising, but devastating; she was officially diagnosed with Lyme disease and its co-infection Bartonella. But what was surprising, was the test results, which showed a new infection, also showed there, was as an old one. It all became clear; she was dealing with Lyme disease the whole time.

Given the history of the previous Lyme infection, and now understanding the nature of what she was dealing with, Dr. Corsano decided to consult with a Lyme disease specialist who prescribed a regimen of oral and IV antibiotics, along with herbal supplements. She treated for approximately one year. There was mild improvement, but realizing that antibiotics were causing their own problems, including immune system depression, she decided to stop the antibiotic treatment and only continue with herbals.

Eventfully the Lyme disease and Bartonella infections made it impossible for her to physically perform chiropractic; Dr. Corsano was forced to give up her chiropractic practice in July 2012.

Dr. Corsano now wants to share her story and years of ongoing research to bear the task of finding and providing the best herbal and nutritional support, to help you beat Lyme disease and be healthy again.

She knows how many “cures” for Lyme disease are advertised, most of them a complete waste of time and money. She wanted to create a place where people suffering from this devastating disease, could turn to, to find herbal remedies that actually worked. This website was the obvious route.

She also wants to support the goal of creating chronic Lyme disease awareness, as it is a REAL disease that devastates families and lives. She knows what is like to battle the medical system, and knows firsthand how devastating it is to be told what you are suffering from is not real.